I was asked an extremely random question by Mr Alex Chang, it was on how, I would assess the water level in an opaque water tank using only everyday items that are readily available to me. I was pushed to critically analyse the answer to the question. The question was posed to me during my interview session. To me, the question seemed like a big complicated problem, of which I failed miserably to answer despite given ample. I thought it required rocket science, but in reality, the answer was simple.

I was overwhelmed thinking it was some tricky question I need to solve, when instead, the answer to the problem is to use a water pipe and to apply Pascal’s law. My mistake was that I assumed that the question was a complicated riddle and proceeded to over-think it. Had I utilized my common sense and my knowledge, I would have easily found the answer. From this I learnt that as a lawyer, I should never assume anything. Another lesson I learnt from ACC was that tasks should always be completed within the stipulated time. I failed to find the solution to Mr Chang’s question within the given time frame. Thus, from now on, I will always keep in my mind that I must always finish my work within the timeline given.

Coming back to question that was posed to me, Mr Alex Chang gave me a very valuable advice, he told me that, no matter where I went, I needed to use my common sense and logical reasoning to solve problems and questions, which is why I am writing the article.

When Mr Alex Chang told me that “law is all about common sense and reasoning, if you have both, you can practise law.”, I was not too sure about how these two played a major role in practising law. But as I spent more time working in Alex Chang& Co the phrase began to be clear to me.

Why is law all about common sense and reasons? I was given a chance to attend a virtual court hearing, Law is all about common sense and reasons because when you are in court, presenting your case before a judge, everything relies on reasoning. The crucial part that needs to be embedded in our minds is that law revolves around solving issues that are happening in our everyday lives and it is very closely connected to people. We need to solve the problems by using legal principles which in some cases people would regard it as common sense.

Therefore, judges being humans themselves, would have similar common sense not too remote from the public. As a lawyer, having common sense as your tool, paired with legal reasoning, could distinguish you from other lawyers in court and could produce a favourable win in your case. The art of persuasiveness may be sharpened through utilizing your common sense to argue your case.

I had the opportunity to witness the real-life application when I was given the chance to witness Mr Chang and his opposing counsel in a hearing conducted online via a zoom meeting. The main contention of the case was about whether the auditors that were issued a subpoena by the court to testify for the Plaintiff, could set aside the subpoena.

In other words, the auditors, who were an independent third party who was hired by the Plaintiff to perform an audit for them are refusing to testify in the court for the Plaintiff in fear that they are exposed to the risks of breaching their professional duties in giving testimony in Court. Thus, the application to set aside the subpoena.

The subject matter of this case is a novel point of law in which there has been no precedents to support nor disapprove the application by the auditors to set aside the subpoena. This was where the legal reasonings and common sense came in play, since there were no case laws to support each parties’ contentions.

The applicants’ main argument was mainly on the fact that testifying in court is exposes them to the risk of breaching their professional duties in accordance to their by-laws. Mr Chang opposed the applicants’ argument by highlighting to the Learned Judge that, the admissibility of the evidence given by the witness is for the court to decide, not for the witness, which is a strong point of rebuttal. Legal principles and common sense have made it apparent that the admissibility of the evidence is under the court’s sole discretion. In most cases, the lawyers and the witnesses are bound to assist the court suiting their roles.

During the hearing, the Learned Judge raised his main concern to Mr Chang about whether the auditors, if they were to be allowed to testify, they will prolong the trial. In this situation, Mr Chang using his reasonings and common sense, he had to make a practical and quick decision based on the concern raised by the Learned Judge. Mr Chang, articulated his reply without hesitation and said to the Judge that it will not prolong the case further. The Learned Judge eventually decided in our favour.

We are legally trained to use authorities to justify our points of arguments, but in some situations, it is insufficient to solely rely on cases to argue our way through. My time here has made me realized that I need to fully utilize my common sense and reasonings in order to be a convincing lawyer.

Another thing to ponder, why is common sense regarded as something expensive?

This analogy was given to me by Mr Alex Chang, “what will happen if I want a chicken burger but when I submit my order, I wrote beef burger instead on the order form?”

The question is what is the legal implication of writing beef burger on the order form? Do I deserve to be served with the chicken burger that I wanted to eat when I ordered beef burger on the order form? The answer is no. Simply because according to Section 91 of the Evidence Act 1950, whatever that is written has to be construed purely based on what has been written. If I were to write beef burger, then, what is going to be served to me is beef burger, and nothing else.

This analogy was the perfect embodiment of the mistake I made while in my time as an attachment with ACC. A mistake that to a certain extent was irreversible yet I was lucky enough as it had no legal implication. I was tasked to file a document on behalf of the defendant personally, yet in the form that I was required to write, I wrote the firm’s name instead as the filer of the document. I did not even realize it was a mistake not until I came back to the office and it was pointed out that I was not supposed to write the firm’s name on the form at the Registry Department.

I rushed back to the Registry Department and talked to the officer who processed the document and I also spoke to the Assistant Registrar to get a clarification to rectify my mistake. I was relieved to know that my mistake had no legal implication as in the system, it was registered that the filing party is the defendant and there was nothing in the system that mentions the firm’s name.

I was lucky that the mistake that I so carelessly made at that point of time had no legal implication, but one thing I have realized is that common sense is expensive and for each time I make a mistake, it could be at the expense of whatever that I have. I could have saved myself from committing this mistake had I reconfirmed with the office when I was filling up the form.  It is common sense to ask for clarification for something that I am unsure of to someone who certainly knows the answer, and next time I am entrusted with completing a task, I should be asking myself, what I should do to avoid the mistake from recurring. The kind of mistake that will cost me more than common sense in its entirety. 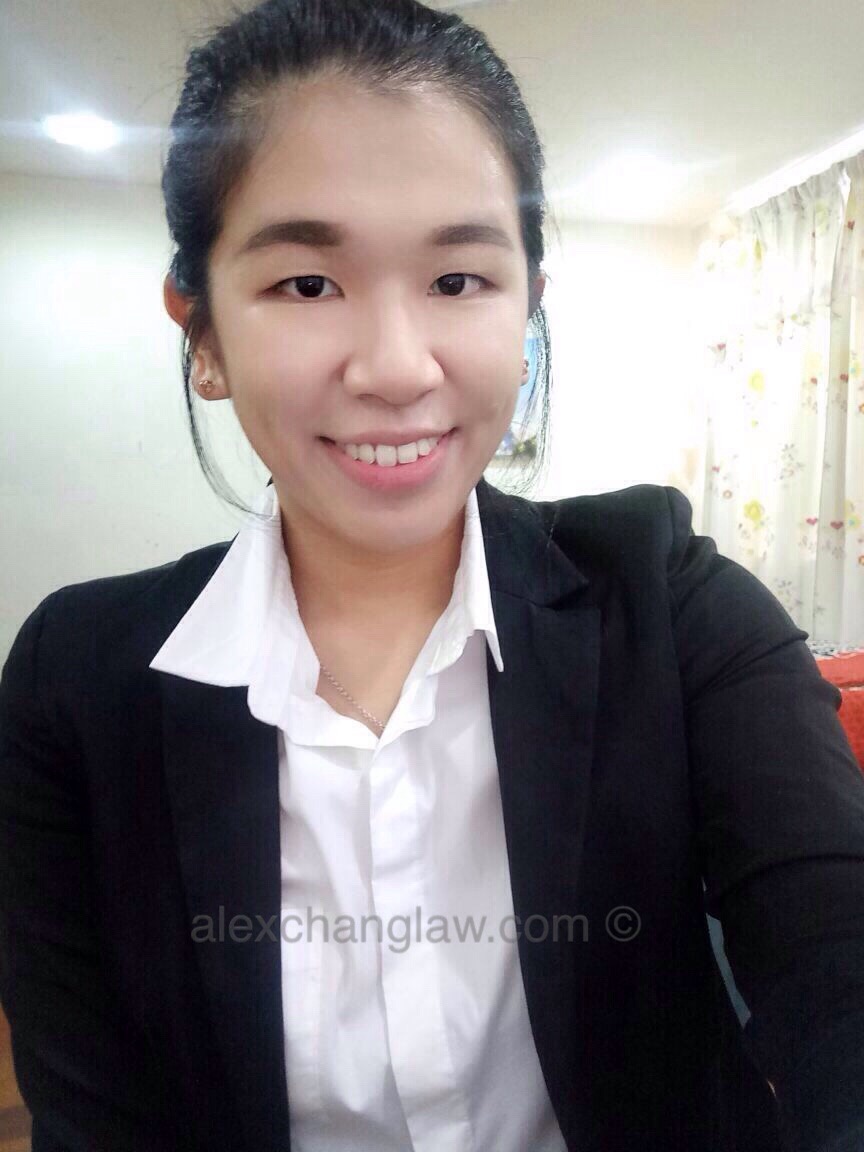